To consider and advise the Select Board on placing one or more additional names, including that of George Dugan, on the tablet of the Civil War Soldiers’ Memorial, and to review requests made in 1881 and 1914, and make a final determination regarding the inclusion of any additional names. It will make a recommendation to the Select Board on whether replacing the tablet is the best course of action, will identify both costs and sources of funding for the project and for the care and preservation of the Memorial.

Sadly, Matt McGrath passed unexpectedly in January 2023.  "A self-described Gentleman Farmer working the multi-generational farm on Barrett's Mill Road during his retirement years, Matt was a proud U.S. Marine Corps veteran who subsequently served on the U.S.S. Constitution as a member of the 1812 Marine Guard.  As a dedicated member of the Concord Civil War Monument Task Force, almost always the first of us to arrive at meetings, whether at the Concord Museum or the Civil War Monument, we will honor his service to Town, Commonwealth, the Marine Corps and to George W. Dugan and the famed 54th."  -Rick Frese, Chair, CWMTF 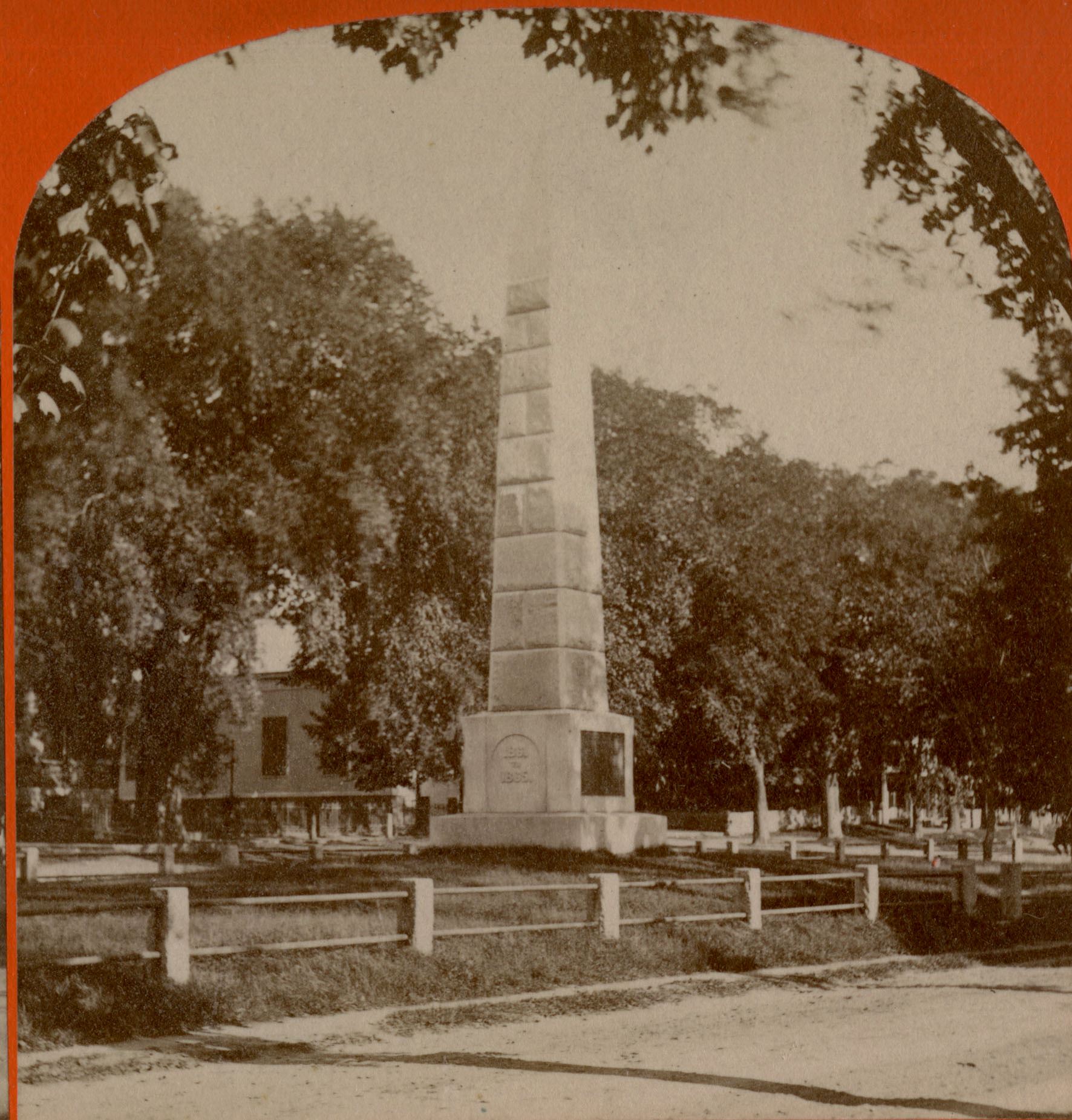 The Soldiers’ Monument is an enduring reminder of Concord’s Civil War history. A bronze tablet lists the names of beloved husbands, fathers, brothers, and sons honored for their ultimate sacrifice. Additionally, this monument is a teaching tool that will be even more important to our cultural heritage once the town adds the name of Private George Washington Dugan.

Who is Private George Washington Dugan? George Washington Dugan was born in Concord around 1817 and lived here for most of his life. He is the only Black man from Concord to enlist in the Civil War. He mustered into Company A of the 54th Massachusetts Volunteer Regiment, made famous by the movie Glory. He took part in the assault of Fort Wagner on July 18, 1863. The army listed Private Dugan and 50 other Black soldiers as missing that day. Only one of the 51 men was found alive.

Why is his name not on the monument? Private Dugan’s name was not placed on the monument in 1867 when it was initially erected or in 1882 or 1915 when the town replaced the bronze tablet to add names unintentionally left off the Memorial because the army listed Private Dugan as MIA. The Civil War Soldiers’ Monument only lists the names of soldiers that died in the war either by wounds received or disease contracted in their service before March 19, 1866, when the first Soldiers’ Monument committee was appointed. The Monument memorializes the dead; therefore, Private Dugan’s official MIA status prevented his inclusion.

How can we add him to the memorial today? In 1932 the Commonwealth’s Adjutant General’s Office changed his status to “supposed killed.” This change in designation with a death date before March 19, 1866, allows the 2021 committee to request adding his name to the monument.

Why a new tablet? In 1915, the committee considered adding a second tablet but chose to replace it. The precedent set by previous committees permits the current committee to propose replacing the tablet. Additionally, placing his name on a separate tablet would set Private Dugan apart from every other honored man on the memorial. Private Dugan fought for preserving the Union and the abolitionist cause. A separate plaque does not make him equal.

Care and Preservation of the Memorial. The 2021 committee researched the monument’s maintenance record. Unfortunately, the repointing of joints in 1965 is the only documented repair work the town authorized on the Civil War Soldiers’ Monument. The obelisk has had no other preservation or conservation in the 155 years it has stood in Monument Square.

The 2021 committee proposed to the Select Board to change out the bronze tablet listing the names of soldiers to replace it with one that will include the name of Private George Washington Dugan. Additionally, the committee also proposed to preserve and conserve the monument.

The monument has been exposed to 155 years of New England weather. As a result, there is environmental and metal pin corrosion. Pins in the monument once held laurel during Memorial Day celebrations. Over time the pins rusted and stained the stone.

The Soldiers’ Monument requires conservation to clean it of stains from the pins, environmental pollution, and biological soils such as mold, mildew, lichen, and algae. Additionally, cracks and fissures need to be stabilized and filled. Mortar from joints will be removed and repointed as appropriate. Furthermore, the current inscription plaque must be removed and replaced with a new tablet. The new inscription plaque will be treated to match the original in tone and surface sheen. At the same time, the bronze tablet on the western side will also be restored.

What this monument currently needs is beyond routine maintenance and could cost $150,000 or more. Presently, the price of metal is volatile. Quotes are only good for weeks at a time. Neglecting preservation of the Soldiers’ Monument now means there is a potential for more maintenance issues to arise in the future and for the project’s cost to increase. However, choosing to conserve and preserve the Monument now means that the maintenance from here on out will be simple and more manageable and cost effective.

Funding. As of the summer of 2022, the 2021 committee is looking for different ways to fund the project. The town provided $7,305.77 to jumpstart the project. The committee used part of the money to pay professional contractors for their project appraisal. The committee will use the appraisals to generate a document for vendors to bid on the project. Currently, the 2021 committee is pursuing funding from the Community Preservation Committee, as well as formulating a fundraising initiative. The Concord Civil War Monument Task Force invites recommendations for pursuing additional funding venues.