During the first half of the decade, World War II dominated life in Concord, and electric revenues dropped considerably due to the war. Despite pinched finances, however, the Light Plant provided free electricity to the Defense Committee building. Concern about possible "sabotage" prompted the Light Board to place an all-night guard at the Edison substation. The Light Plant renewed its lease of office space at 12 Main Street for an additional five years in 1943 at an annual rate of $900 per year. Two years later, the Plant began plans to build a two-story building on Lowell Road, then referred to as Lowell Street, for non-office facilities.

By the second half of the decade, post-war growth was already prompting a number of changes. A joint ownership agreement was reached with the New England Telephone and Telegraph Company on June 15, 1948 to allow the use of poles throughout Town for both electric and telephone service, and to end the complicated rental agreements that had been in effect. Under the terms of the agreement, the Light Plant sold 50 percent ownership in its 2,653 poles to the telephone company for $46,498.09, which was the poles’ replacement value at the time.

The Light Plant also negotiated a reduced rate for increased power from Boston Edison following a report from consulting engineer Carroll H. Shaw of New York. After protracted negotiations, an annual savings of more than $4,000 was realized.

The increasing cost of living was also an issue after the war, when Light Plant employees requested across-the-board wage increases to keep up with inflation. Cost-of-living bonuses of $90 per employee were approved in 1948, and a 10 percent general increase went into effect in 1949. 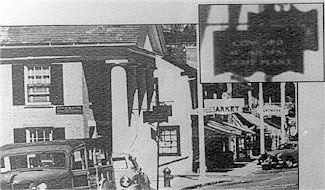 End of the Decade Statistics