History of GIS in Concord 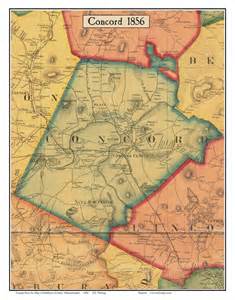